Competition was and still is a huge part of my life, I am sure most of you can relate to that. Sometimes I think it is just part of my DNA, and a strong competitive nature is something that I was born with. Maybe it just came from playing sports my whole life and desiring to want to win every time I played a game. Maybe it was just drilled in me by my coaches growing up who desired to coach winners and win ball games.

Who knows! I just know that I am super competitive, and it has developed an attitude within me that I believe we all need to have.

As we all know, competition is a major component in the world we live in. Everything from business, to sports, to seeking out a girlfriend, to getting hired involves competition. Businesses compete against each other for profits, market share, employees, you name it they are competing. Competition makes the world go ‘round and it will be a major part of our culture and society forever.

The attitude that has been created in me and I believe that we all need to have is an attitude of, “I am better than you”. Some of you may say that having this attitude can make you selfish, egotistical, not a team player, amongst many other negative things, and I agree with you that it can. Just like anything else there has to be some self-discipline and humbleness. I am not saying that you should have this attitude and look down on others, what I am saying is that you need to have this attitude internally and use it to drive you past your competition. 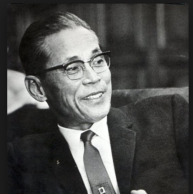 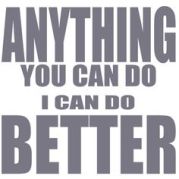 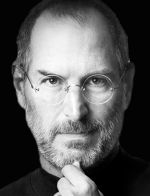 But let me explain why this attitude is important and why you need to have it. First, having the “I am better than you” attitude immediately puts you in a confident mindset full of self-belief. Confidence is the first ingredient to having success. Success is never found in those with little to zero confidence. As a former professional baseball player, I had to believe that I was better than the person I was facing. I had to be confident that no matter who was in the batter’s box, I can and will succeed. I had to have confidence in my ability every time I stepped between the lines. If not, I was not going to succeed, no way around it.

Take a second to think about your work environment. Who are the most successful employees, the ones that are moving up the ladder? Now compare them to those that remain in the same positions forever or move very slowly up the ladder. I bet you will see a major difference in their confidence. I bet those that move quickly up the ladder believe they are better than those around them. Believing you are better than the next person will instill a confidence that is unparalleled to anything else.

“I am better than you”! It is this attitude that brings the best out of people because those that possess it bring competitiveness to the room, the team, and/or the organization. It is within this competitiveness that people and companies flourish. Being better than the next person or organization is what drives innovation, creativity, and ideas and forces individuals to grow. The competitiveness between Apple (Steve Jobs) and Samsung (Lee Kun-hee)both of which who thought they were better and desired to be better, brought us these amazing pieces of technology, the smart phone, that get better and better every year.

Having the “I am better than you” attitude will propel you to new heights in your professional lives but make sure it is accompanied by humbleness and gratefulness. If not, people will quickly and easily view you as arrogant. For those of you that do not have this attitude, try telling yourself more often that you are better than the next person because you are. Remember, I AM BETTER THAN YOU, I HOPE YOU FEEL THE SAME WAY ABOUT ME.